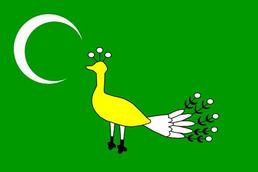 History of the Ghaznavid State - Summary information about the Ghaznavids' Establishment, Founder, Rulers, Boundaries and Collapse

Azne state was founded by Alp Tekin in 963. The state established in Afghanistan is one of the first Turkish-Islamic states. We have compiled answers to questions such as the history of the Ghazni state, how it was founded, who is its founder, who is its ruler, how far its borders extend and its collapse.

Ghaznavids are one of the Turkish states that managed to maintain their power for a long time. After the war with the Seljuks, they retreated to the Indian region and began to slowly collapse.

History of the Ghaznavid State

The Ghaznavid state is a Turkish-Islamic state that ruled between 963 and 1186. They got their name from the city of Ghazni, located on the borders of Afghanistan. Alp Tekin, the founder of the Ghazni state, was among the governors of the Samanoğulları State.

Alp Tekin disagreed with the Samanoğulları and went to the city of Gazne and established a state. The Ghaznavids, who maintained the power of the state for long years, lost the war they entered with the Seljuk state, and were destroyed by the gurus in India after a short time.

Establishment of the Ghaznavid State

Alp Tekin, the founder of Gazne, known as the Sebüktekins, was the general governor of Khorasan before he founded the state. As a result of the disagreements he had with Mansuri, he left his job and went to the city of Belh.

Mansur started to organize military expeditions because of what Alp Tekin did to him. Alp Tekin, who succeeded in repelling the troops sent by Mansur, focused on capturing the city of Ghazni and established the Ghazni state.

Founder of the Ghaznavid State

The Ghazni state, which is located in a different geography from all other Turkish states, was founded in 963 by Alp Tekin (Alp Tigin). Although the exact date of birth of Alp Tekin is not known, Ahmet b. He is a person who was sold to Ismail.

Alp Tekin, who started to show his talents shortly after being admitted to the union, was freed by the person who bought him. With the death of the ruler who took it, he gained influence over the Samani ruler who replaced him and started to have a say over the Samani state.

However, later on, the Samani Emir Abdulmelik thought that Alp Tekin might pose a danger in the future and appointed him as the governor of Khorasan.

Rulers of the Ghaznavid State

There were 22 rulers in total, with Alp Tekin, the founder of the Ghazni state, and Sultan Husrev Melik just before the collapse period.

Boundaries of the Ghaznavid State

Ghaznavids ruled in northern India, Afghanistan, Transoxiana and Khorasan regions. The state takes it from the city of Ghazni, which was acquired as the capital and still lies on the border with Afghanistan.

The Fall of the Ghaznavid State

Note: This text has been translated by Google from https://www.hurriyet.com.tr/egitim/gazneliler-devleti-tarihi-gazneliler-kurulusu-kurucusu-hukumdarlari-sinirlari-ve-yikilisi-hakkinda-ozet-bilgi-41595673