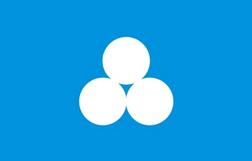 The Mongols (Çağatay khans and their entourage) in the Transoxiana Turkish region, which remained under the Karakoram Great Mongolian Khanate until 1260, XIV. From the 19th century onwards, they became Turkic together with their language and became Muslims at the same time. Barak Khan accepted Islam in 1270 and Islam became the official religion of the khanate during the time of Tarmashirin (Died 1333).

Timur, who was originally from the Mongolian Barulas tribe, actually represented the Turkish people and state with himself and his entourage, when he took office as a "bey" next to a puppet inn from the Chagatays in Transoxiana (1370).

Timur (1370-1405) expanded the state from Itil (Volga) to the Ganges river in India, from the Tian Shan to Izmir and Damascus. However, because he had a fierce nature besides his great military qualifications, the cities of Delhi, Saray, Karaşar, Baghdad, Damascus, Bursa and the surrounding areas, to which his rulers were subordinate to him in the expeditions he organized, were devastated. He conquered Uyghuristan (Turfan, Karaşar) with 5 expeditions until 1401, Iraq and Southern Anatolia with 4 expeditions until 1401, Altunordu Khanate of Toktamış with 5 expeditions between 1391-1398, India Delhi Sultanate with 1398-1399 expeditions. He took Syria under his command in 1401-1402, and the Ottoman Empire at the end of the Ankara War in 1402. He fell ill on the way to conquer China and died (1405).

It was not possible to administer the empire with one hand, which was created with such rapid conquests. With the death of Timur, disintegration occurred immediately: his grandson Muhammad (son of Cihangir) ascended the throne in the capital Samarkand, while his other grandchildren (sons of Omer Sheikh) Pir Muhammad and Iskender Fars and Irak-i Acem (Shiraz, Isfahan, In Hamadan), his third son, Miranshah, settled in Iraq-i Arap (Baghdad) and Azerbaijan (Mugan), and his youngest son Shahruh settled in Khorasan.

Among them, Shahruh (1407-1447) took Transoxiana under his rule and established his state, with the capital city of Herat. He recognized his supreme dominance in Isfahan and Fars, and in 1421 he annexed Azerbaijan. Astronomer Uluğ Bey, the scholar son of Şahruh, whose foundation for a brilliant cultural life was laid in his time, was living in Samarkand.

During the reign of Uluğ Bey (1447-1449), who succeeded Shahruh, Transoxiana was attacked and destroyed by the Uzbeks. In the Timurid state, throne struggles broke out. On the other hand, the struggle against the Karakoyunlu and Akkoyunlu people in the west intensified. In the East, the Chagatays of Mongolia increased their pressure. Abu Said (Miranshah's grandson, 1452-1469), who seized power by killing Ulugh Beg's son in Transoxiana, stopped the raid of Esen-buga in the east. He liberated Khorasan from the Karakoyunlu (1458). He hoped that the Timurid era would reclaim his lands. But he was defeated and captured by Akkoyunlu Uzun Hasan in Karabakh (1469).

Only Hüseyin Baykara (1469-1506) from Timurids was able to hold on in Khorasan. Its capital, Herat, became one of the few cultural centers in Turkish history. The famous Turkish poet and statesman Ali Şîr Nevâi grew up here. While Baykara's son Bedi'uz-zaman was the ruler, Khorasan was invaded by the Uzbeks. Shibani Muhammad captured Herat (1507). The Timurids disappeared. When Zahir'ud-din Babur from the dynasty could not succeed in the country of his ancestors (1514), he went to India and established the Turkish-Indian Empire.

Note: This text has been translated by Google from https://www.kulturportali.gov.tr/portal/timurlular-devleti--1370-1507-