We reach information about this state, which is also known as the Asian Hun Empire, through Chinese sources. Its founder is Teoman. Although there is no exact information about its establishment, it is known that the capital of the state, which was founded in 220 BC, was Ötüken. Teoman's son Mete is the person who turned the state founded by Teoman into an empire. Mete Khan is thought to be Oguz Khan, who is considered the ancestor of the Turks, mentioned in the Oguz Kagan Epic. Mete, who struggles with China for the control of the silk road, imposes taxes on China. The Great Wall of China, which is still standing today, was built to stop the Turks under Mete's command. During the Mete period, the borders of the Great Hun Empire included the lands between the Sea of ​​Japan, the Sea of ​​China, the Caspian Sea and Siberia. The Great Hun Empire, which maintained its power for a while after Mete's death, split into two as East Hun and West Hun in 46 BC. The tradition of marriage with Chinese princes, Chinese intrigues and fights between tribes played a major role in the disintegration of the state. The Eastern Hun State, which is the eastern branch of the state that split into two, was divided into two as North Hun and South Hun in 48 AD. The Northern Hun State under Pi collapsed in 156 AD. The Southern Hun State under Panhu, which accepted Chinese supremacy, collapsed in 216 AD. With the collapse of the Southern Hun State, the Great Hun Empire is withdrawn from the stage of history.

In the Great Hun Empire, the concept of kut, which is believed to have the authority of the ruler to come from God, is dominant. Tengrism and Shamanism beliefs are common among the Huns. The Huns, who have a sense of sovereignty inherited from father to son, attach great importance to women. The wife of the ruler, called Katun (Hatun), has the right to have a say in the administration.

Note: This text has been translated by Google from http://www.deltakoleji.com.tr/buyuk-hun-imparatorlugu/205 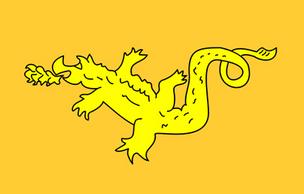