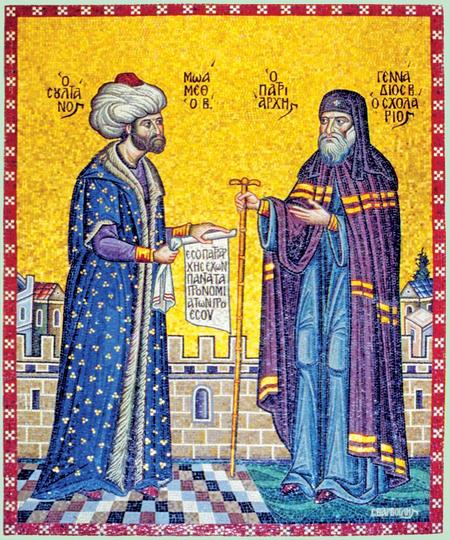 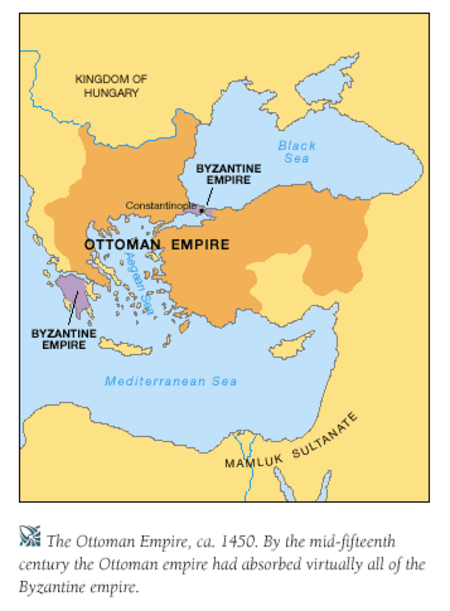 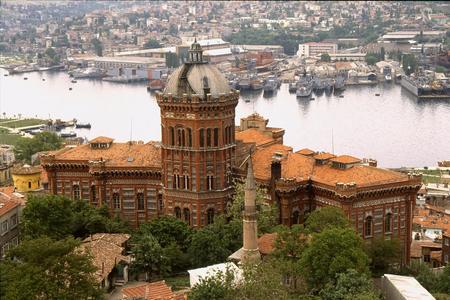 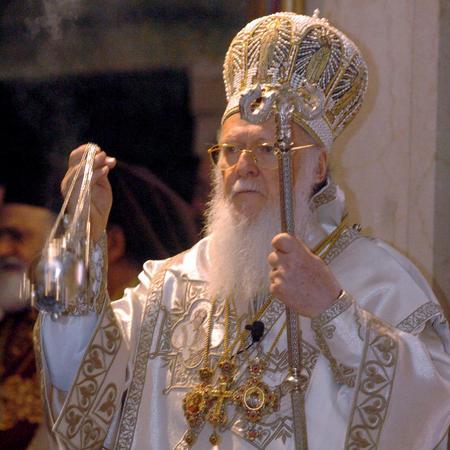 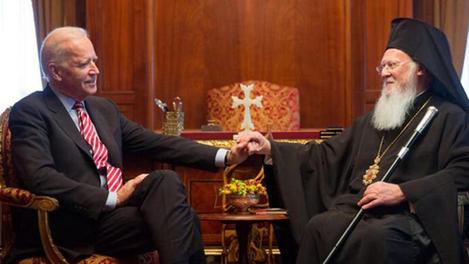 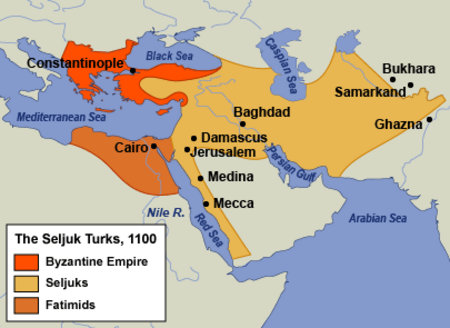 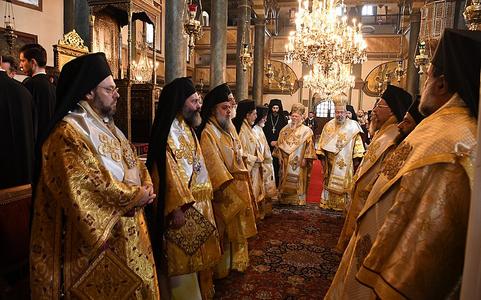 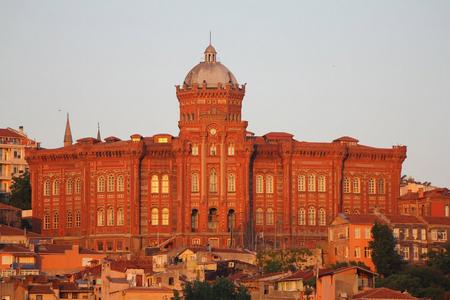 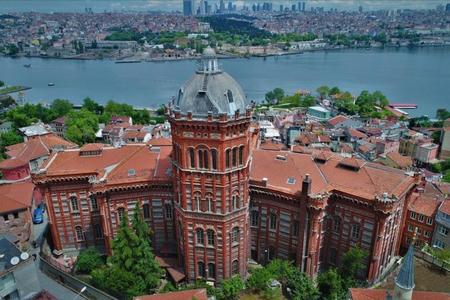 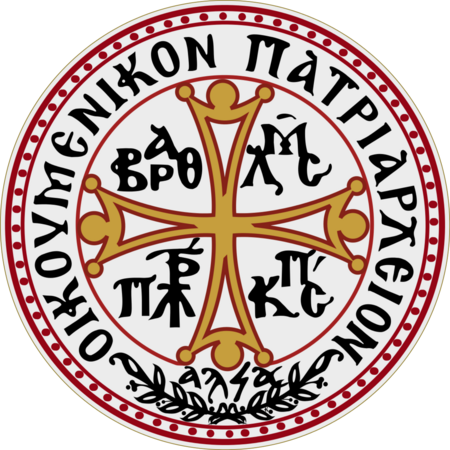 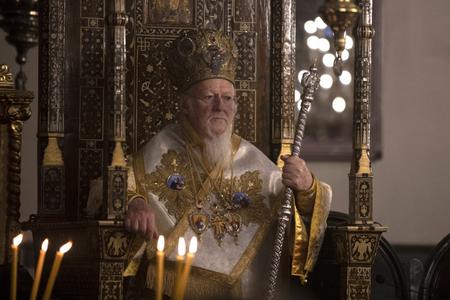 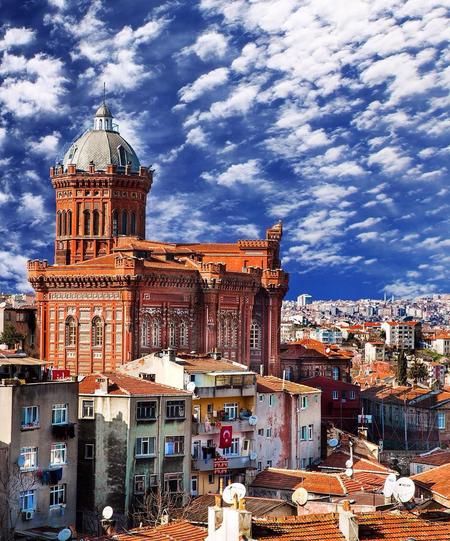 Patriarchate had been harmed. Sadly and mostly by the IV. Crusaders, led by Vatican.
A bold remembrance of history could be explained as this: Shepherd had been crucified. The followers migrated to a new land: Anatolia. There, the believers started to set up temples in form of churches. The word of God had spread around. The churches gathered together in Nicea and this was the First Ecumenical Council of Christianity. Centuries passed. And the executioners of Shepherd started to feel… Rome started to feel the holiness of the Word of God. And Constantine the Great, the emperor of the Roman Empire, accepted Christianity and he decided to set the center of Christianity as the center of the Roman Empire; Constantinople. While doing this, Constantine ordered the Holy Sacred Treasury to be brought to the City.
Rome was not happy. The city of Rome and the citizens of Rome; Romans were not happy by this. The title of being the center of the civilized Earth had been taken away from Rome. That’s how Rome took this incident.
Time has passed. While it did, Rome established the Roman Church. This was the first diversion among the Ecumenical Church. This institution then assembled Crusaders. The main objective of the Crusaders was Jerusalem. They aimed for a church to rule over the region of Kenan. The first Crusaders, the second Crusaders and the third Crusaders. Crusading started to become a habit. A tradition. They captured over and over again but did not hold. Because they just did not want to stay at the land that they wanted to conquer. Then the fourth Crusaders got assembled. On the way to Jerusalem, they came by Constantinopolis as always. The citizens of the City opened the gates and welcomed the Crusaders as the holy warriors of faith. They entered the City. And they were amazed. What they saw was nothing like how the life took place in Western Europe-where most  of the Crusaders were from. The City of Stanpol back then held a population which was more than the combined population of the most crowded 5 cities of Europe of that time. The richness, the statues, the geography… The Crusaders went mad and they started to plunder the city. Rape, thievery, destruction… They destroyed the City that they were welcomed by. The “knights” opened the tombs of the Roman (Byzantine) emperors. They also stole the Holy Sacred. The Cross was thorn into pieces. The marble stone on which Jesus was tortured had been stolen. The bowl of Him was stolen. Many more Holy Sacred was stolen by the IV.Crusaders. And they were brought to Rome. The Roman Church claimed to be the Ecumenical Church after this point. The claim was basic; “Since we hold the Holy Sacred, we are the leading church of Christendom.”
While these were happening, Turkic tribes from the Eastern and Central Asia started to migrate to West. The Turks were moving inwards Europe, trying to escape from the oppression of the Chinese and from the brutal geographical conditions. Turks were moving into Middle East and Europe in mass number. A noticeable event about this migration process is that for example while the Turks moved into Anatolia, the current residents of Anatolia did not move somewhere else. So, the new comers and those who already were there had set a uni-society. Turks established two giant empires around those lands, which were alternative of the Roman Empire. While doing that, most of the land of Byzantine (the real Roman Empire) was conquered by the Turks. But… But Constantinopolis was untouched. The Eastern Europe was completely conquered by Ottoman Empire (Turks) and Anatolia was also controlled by Turks. Within these giant borders, only, in the exact middle, Constantinopolis was standing. Geographically it was inevitable for the Turks to hold the control of the City. 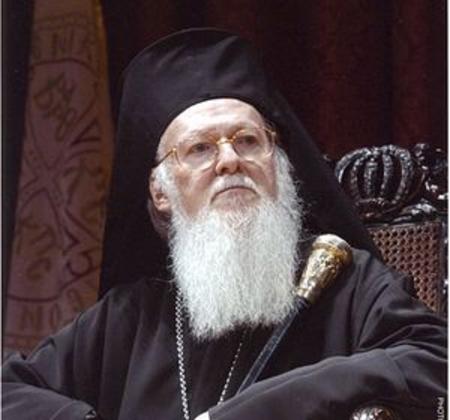 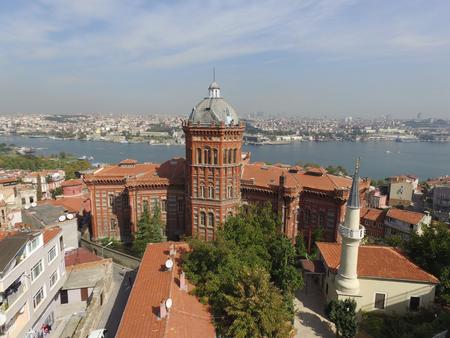 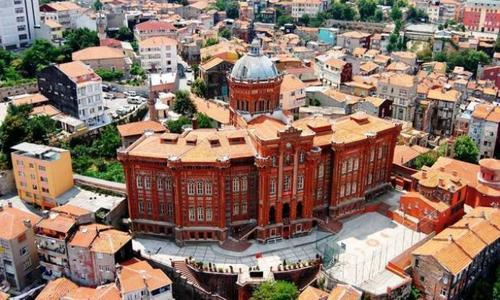 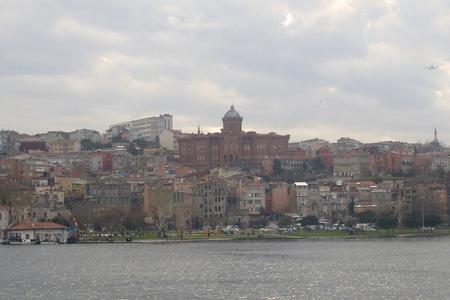 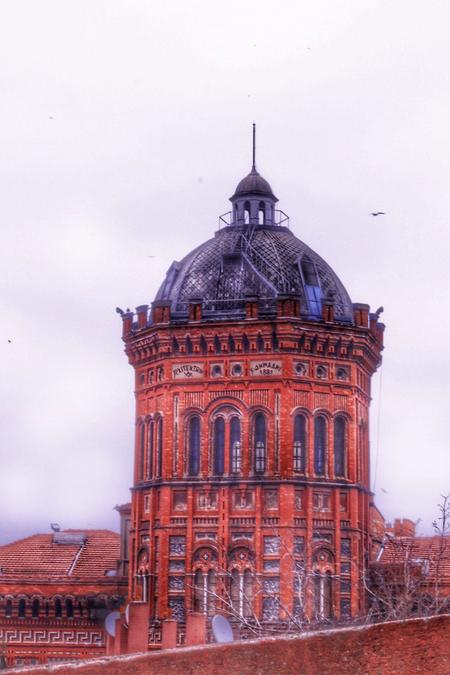 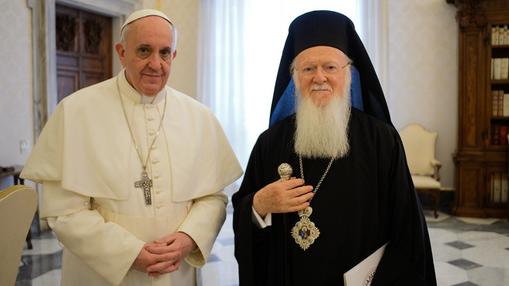 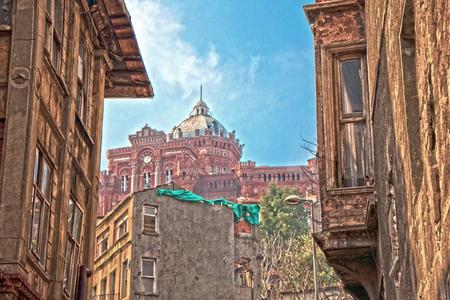 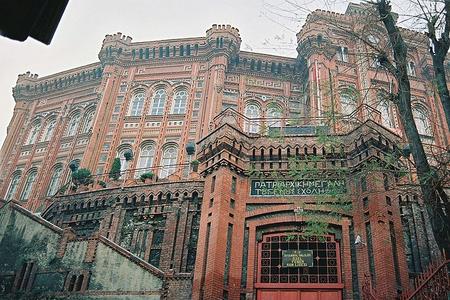 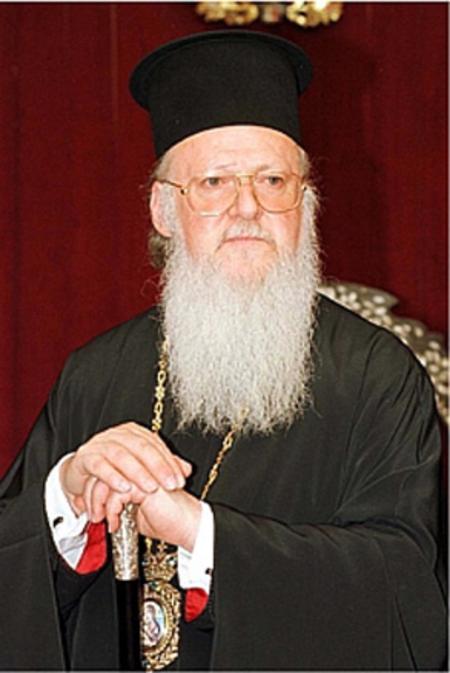 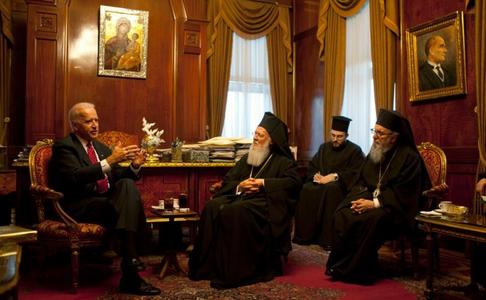 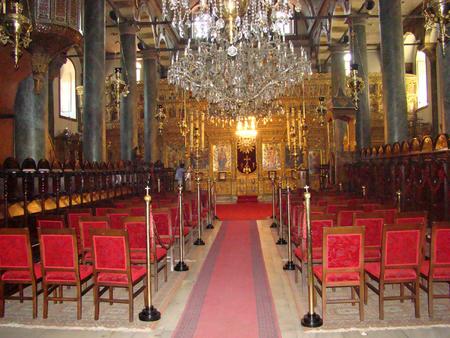 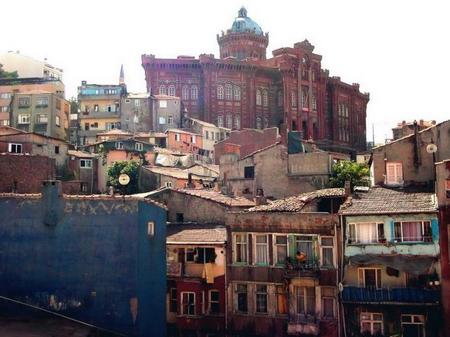 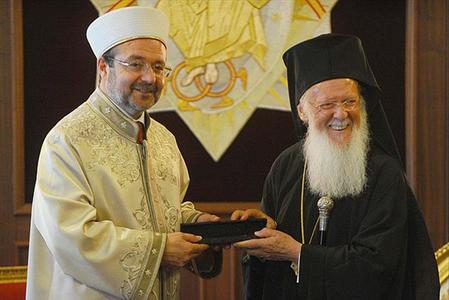 But Turks waited. Waited for a peaceful annexation of the City to the Ottoman Empire. But Constantinopolis did not merge into Ottoman Empire. And eventually, even though the map existed as it was, tens of thousands of Turks had to die in order for the Ottoman state to have a one, unified appearance.
How were the Turks conquering Byzantine (some say Eastern Roman Empire but she actually was the real Roman Empire as told earlier) so severely? The answer holds couple of reasons but they are simple to observe; the Roman Church in Rome was supporting the Turkish offensive against Byzantine. Because Rome did not want to lose its title to Constantinopolis. Also, the number of Turks coming from Central Asia was tremendous. Also, the already existing residents at those lands were supporting Turks, simply because Turks had an easy tax code. Turks were not charging the people as much as Byzantine did. In many occasions, Turks at early times did not collect any tax at all. The Turkish state was financing itself with booty gathered from conquests. Turkish expansion lasted until about 16th century.
At 16th century, a milestone in human history happened: Europeans explored America.
When this happened, the Western European monarchies started to need a huge human labor force in order to colonize the new lands. But the currents citizens of those monarchies did not want to leave their countries in terms of the majority. This brought the worst crime of humanity to come into frame again: slavery.
The Western European monarchies went to Africa in order to enslave the Africans and move them overseas in order to work. And while this was happening, the “ecumenical” Church in Rome did not condemn this inhumane act. The Western European monarchies were paying a huge ransom for this to the Roman Church. And the Roman Church, with all that wealth, was building incredible structures and financing its human body. Cardinals, priests, bishops…
The Ottoman Turks were now losing strength simply because slavery was banned by the faith of Islam. While the Western European monarchies were enslaving hundreds of thousands of human beings, Ottomans had no choice other than to watch all this in terms of economy. This was not fair competition. Turks started to loose power. While these were happening, at 18th century, another turnpoint in human history has happened: French Revolution brought the nationalism into the frame of civilization. This is when the Patriarchate got the second destructive wave towards the Ecumenical Church; when the nationalism started to rise, the nations started to establish their own churches. Now there wasn’t just one Patriarchate in İstanbul. Now there was the Russian Patriarchate, the Greek Patriarchate, the Armenian Patriarchate, the Georgian Patriarchate, the Bulgarian Patriarchate etc…
There’s something which shouldn’t be avoided: When Turks captured Constantinopolis , they did not get hostile with Patriarchate. Many of the Ottoman khans asked for advise to the Patriarch. The Ottoman Empire roughly had about 50 million Christian citizens within its borders. This has forced the Turkish state to have friendly relations with Patriarchate.
So, as far as now, as stated at the beginning; Patriarchate had been harmed. First: by the plunder of IV.Crusades and the diversion by Roman Church&the claim of the same diversive church being the “ecumenical” church. Second: the French Revolution which promoted the nationalism and therefore resulted with national Patriarchates to appear.

What can be done? First; the Roman Church needs to return the Holy Sacred to Patriarchate. Second; the national Patriarchates needs to be adhering to the Ecumenical Church of Patriarchate in İstanbul. Third; Turks needs to keep protecting the Patriarchate from all sorts of threats (internal&external).
Patriarchate is not an alternative to Turkish representation. Bells can ring while the calls of prayers fill up the skies.

The believers of Adam and Eve (Semi), have more in common than the differences. We can remain genuine while we stand next to each to other. We can praise our distinctions while we respect each other.