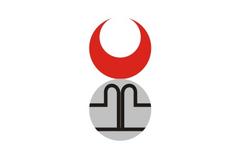 Altınorda or Altınordu state (also known as Golden Horde), Turkish-Mongolian state (1241-1502) founded along the Lower Volga (Volga) in Eastern Europe. The Golden Horde state was founded by Batu Khan as a result of the campaigns initiated by Genghis Khan. During the time of Ügeday (1227-1241), the command of the great expedition to the west was given to Batu, the son of Cuci. Batu defeated the Volga Bulgars, took the Russian land and the Kipchak steppes (the province of the Cumans), and in 1241 he entered Hungary and a part of the Balkans. Upon Ügeday's death, Asağı İdil was chosen as the center to rule the vast countries belonging to him, and the city of Saray, which was established, became the capital.

Since Genghis Khan gave the places to the west of the Irtiş river and Balkaş lake to his eldest son, Cuci, before his death (1227), the places taken by Batu were called "Cuci nation". This nation was soon divided into two, between the Balkhash and Aral lakes and the south of the Irtysh, and was given to Batu's elder brother Orda and took the name "Akordu". The places that belonged to Batu Khan, on the other hand, took the name of "Cuci nation" or "Gökordu", and a little later "Altınordu" (Altınorda). Although legally affiliated to the Khan in Karakorum, Batu Khan, who was free in internal affairs, was called Mr. Khan. In his time, the Kipchak steppes, the Middle and Lower idyll, the Aral lake from Irtis to the İdil river, the whole Caucasus up to Kharizm and Azerbaijan, the Russian kneziks, Poland and Lithuania, expanded the borders of the Alinordu state.

After the death of Batu Khan, Berke Khan passed (1257-1266). Defeated the Galician king who declared his independence (1257); Agreeing with the Egyptian sultan Baybars, he marched on Hulagu, who threatened the interests of the Cuci nation, and defeated him. The Ilkhanate khan died during his campaign on Abaka. The state could be considered independent during the reign of Mengü Timur (1266-1280). This khan is the first to print money. Nogay, one of Cuci's grandchildren, became independent during the reign of Tuda Mengü Han (1280-1287), who gained influence in the Western Kipchak area.

The Golden Horde Throne Problems and the Splitting of the State

Uzbek Khan (1313-1341) conquered Azerbaijan and changed the tax system taken from the Russian principalities. During the reign of Uzbek and Canibek (1342-1357), the state became very strong. After the death of Berdibek Khan (1357-1359), confusion began. 14 khans came to the throne between 1360-1380; Lithuania developed, won the sovereignty of Podolia; Tatar principalities arose in the west of Deshti Kipchak. Upon the uprising of some princes, Mamay Mirza took Abdullah, one of the sons of Özbek Khan, to the throne in the west of İdil and took the region between İdil and Özü (Dnieper) under his rule. Thus, the Golden Horde was divided into two.

The Grand duchy of Lithuania took up to the east of its Essence; The Russian army under Dmitry Donskoy defeated Mamay Mirza (1380). A little later, with the help of Aksak Timur, Toktamış Khan re-established the Golden Horde. However, Aksak Timur's campaigns against Toktamış in 1391 and 1395 shook the state; The palace city was destroyed; prominent families were killed. In the time of Timur Kutluk, when Timur was enthroned, Toktamış re-entered the city of Saray (1398), but was defeated and had to take refuge in Lithuania. After the period of turmoil, Edike Mirza, who gained influence, ruled the state until 1419, taking over from the death of Timur Kutluk. It is understood from the coin minted in the name of Ulugh Muhammed in 1419 that this ruler took the lead.

In 1424, Burak (Barak), one of the rulers of Akordu, one of the grandsons of Urus Khan, drove the Muhammad Khan from the Palace and took the throne with the help of Uluğ Bey, the ruler of Transoxiana. When he fell out with Uluğ Bey, Muhammad regained the throne (1427). In his last days, Edike Mirza's son, Gıyaseddin and Küçük Muhammed Khan, withdrew to Crimea. Since 1428, Gıyaseddin's son Hacı Giray had established a khanate in Crimea. Therefore, Mohammed Khan also founded the Kazan Khanate (1437-1552). Kucuk Mohammed Khan, who consolidated his position after 1429, became the khan of the Golden Horde until 1445. Seyid Ahmed Khan (1445-1481), who replaced him, struggled with the Crimean Khanate and the Moscow Principality. In the meantime, Haji Giray agreed with the Moscow Knez. Later, the principality of Moscow, Mengli Giray, the successor of Ivan III and Haji Giray, agreed. In response, Seyid Ahmed made a fruitless agreement with Poland-Lithuania. In 1475, the Turkish navy under the command of Gedik Ahmed Pasha captured Kefe and captured a large part of the Crimea: Mengli Giray was left in place under the Ottomans. He wanted to take the Palace in 1476, but failed.

Seeing the Ottoman artillery, Seyid Ahmed also withdrew and wanted to get along with the Ottomans. He agreed with the Polish king Kazimi IV and marched on Moscow (1480). When the expected help did not come when the Crimeans marched on Poland, Seyid Ahmed withdrew and did not follow the fleeing Russians. This can be considered the beginning of the independence of the Russian principality. With the murder of Seyid Ahmed (1481), the Russians completely got out of the Golden Horde domination. After this khan, confusion arose in the state, and the fights for the throne followed each other. Khanates of Crimea, Sibir, Astrakhan and Nogay were established in five regions.

The influence of the Golden Horde State on the Russians

The Golden Horde khanate, which lived for more than two hundred and fifty years as a great state, has a great influence on Russian history and the Russian State organization. The effects of the Golden Horde organization on the monetary and tax systems and army organizations in the Russian State organization are clearly seen. Again, many Turkish words entered the Russian language in this period. In a way, the Russian state has inherited many material and spiritual civilized elements of the Golden Horde khanate. Today, there are no significant remains of the Altınordu khanate, since the cultural centers of the khanate period have completely disappeared. Batu palace (Old palace) built by Batu Khan, Berke palace (New palace) built by Berke Khan, and the cities of Saraycık and Astrahan (Hacı Tarhan), which were founded later, were erased from history by Timur, the Russian invasion and the destruction of Mengli Giray.

XIII-XIV. The Golden Horde, which was the largest state of Eastern Europe in terms of politics, economy and even culture in the centuries, is also referred to as "The Great Army", "Great Army" (Bolshaya Horda in Russian) and "Kipchak Khanate" in Islamic-Arab sources. The fact that the khanate had many trade centers gave the Golden Horde khanate the air of a rich trading country. For example, the ports of Kefe, Kerch and Suğdak in the Crimean province were the centers of import and export by sea. Bulgar and Kazan cities were important centers in terms of fur trade and wheat warehouses. According to what Ibn Battuta tells, the city of Saray was a cultural and industrial city with a population of one hundred thousand during the time of the Uzbek Khan. Saraycik and Astrakhan were the trade centers where trade caravans from Asia stopped and where shopping was done. In the khanate of Altınordu, religious scholars such as Sadeddin Teftazani and Kutbeddin Razi settled in the city of Saray, due to the Islam that started in the time of Berke Khan and strengthened in the time of Özbek Khan. The Orthodox patriarchate established in this city shows that there is a religious tolerance.

Note: This text has been translated by Google from https://bilgitepesi.com/tarih/altin-orda-devleti/