Known as the first Karakhanid ruler, Bilge Kül Kadır Khan was the ruler of the Karluk State and entered into a long struggle with the Sassanid State in the struggle for sovereignty in Transoxiana. After these struggles, the dual Karakhanid State, which was called Arslan Kara Khan in the East and Buğra Kara Khan in the West, was established, similar to the Kok-Turk state structure. Karahan State center was Balasagun (Kuz-Orda), where the ruler Arslan Kara Han was the highest authority. Buğra Kara Khan was the second-degree sovereign and was subordinate to Arslan Kara Khan. At first, the center was Taras/Taraz, but later it would be moved to Kashgar. One of the two sons of Bilge Kul Kadir Khan, Bazir and Arslan Khan lived in the city of Balasagun (Kuz-ordu) as "Great Khan", and Oğulçak Kadır Khan lived in Talas (Taraz: Evliya-ata).

Oğulçak Kadır Khan transferred his capital to Kashgar in 893. His nephew, Bazir's son Satuk, made contact with the Muslims, then, when he became the head of the Kara-Khan state, he accepted Islam as the official religion (towards 920) and started struggles against his uncle, Oğulçak Kadır Khan, and was successful. This victory of Satuk led to the Islamization of the Western branch of the Karakhanids. Satuk Buğra Khan, who conquered Balasagun in 943, owned the entire Karakhanid country. Satuk Buğra Han would later be referred to as Abdülkerim Satuk Buğra Han (d. 955). But the main spreader of the religion of Islam among the Karakhanid masses was his son Musa Baytaş. From this family, Abu Nasr Ahmed played a historical role in eliminating the Samanid state in 999 and is the first Karakhanid inn to be recognized as an Islamic ruler by the Abbasid Caliph of Baghdad. Transoxiana passed to the Karakhanids and the Ceyhun river was accepted as the border with the Ghaznavid state (1001). Then the Transoxiana region passed under the rule of Ali Tegin from the same Karakhanid family. The lands of the Karakhanid state, whose state borders were Balasagun, Özkend and its vicinity, and the western part of the Tarim basin, the Balkaş lake, Hindikuş, Karakurum mountains, were finally shared between two brothers: İbrahim Tamgaç Buğra Han and “Great Hakan” Ahmed Arslan Han (1042). The state was politically divided into two as East Karakhanid and West Karakhanid.

Yedi-su, Chu, Talas, Seyhun (Sir-Derya), Şaş (Tashkent), part of Fergane, and in their lands extending to the Cungarya steppes, the Irtysh river and the Taklamakan desert in the south, the haka is in Balasagun, the common khakan is Taraz (Talas). This Karakhanid state, where he lived in Istanbul, sometimes in Kashgar (Ordu-kent), was ruled by generally just, pious and culture-loving rulers such as Şerefü'd-devle Süleyman (d. 1057). The famous Turkish politics book, Kutadgu-Bilig, was presented to "Great Hakan" Abu Ali Hasan (Tamgaç Buğra Kara Khan), who lived in Kashgar. This state, which was attached to the Seljuks by Sultan Melikşah (1090) but regained its independence in 1105, during these dates when the Seljuk Empire in the west showed great development, was able to stop the pressure of the Mongol Kara-Hitays from the east at the borders during the reign of Ahmed Khan (1128). However, Ahmed Khan's son Ibrahim Khan could not expel the Kara-Hitays from his homeland, which he had made heedless to call for help against the Karluks and Kanglis, who were causing disorder in his country. Balasagun fell into the hands of this Mongol state (1133). In Kashgar, the khans descended from the Abraham line later became subordinate to the Naymans. This situation continued until 1221, when the eastern branch of the Karakhanids disappeared.

This state included Transoxiana, a part of Fergane, Fârâb and Özkent regions. The capital was the city of Ozkent, then Samarkand became the center. The other khan lived in Bukhara.

After Ebû İshak İbrahim (d. 1069), who was a just and mighty ruler, good relations with the Great Seljuk Empire continued during the reign of his son Şemsü'l-Muluk I. Nasr Khan (d. 1082). A kinship was established between these two Turkish royal families. Later, this state, which was connected to the Seljuks (1089) by Sultan Melikşah and continued its loyalty to Sultan Sançar, fell under the rule of the Kara-Hitays after the Katavan war (1141), which resulted in the defeat of the Seljuks. Only a weak arm remained in Özkent for a short time. The Sultan of Khwarazmshah, Alaaddin Muhammad, put an end to this state by removing the Black Khitays from Transoxiana and eliminating the last Karakhanid Osman Khan, who lived in Samarkand (1212).

Note: This text has been translated by Google from https://www.kulturportali.gov.tr/portal/karahanlilar- 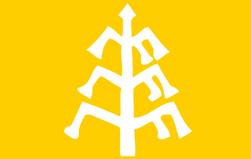