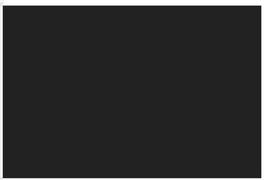 Kudbeddin Muhammed, son of Anuş-tegin, who was in the palace service of the Great Seljuk Sultan Melikşah, ruled Khwarezm under the title of Harezmşah (1097-1128), his son Atsız (1128-1156) was a diligent and fighter. became a Khwarazmshah. While his son İl-Arslan (1156-1172) maintained good relations with the Iraqi Seljuk sultans in the west with a realistic political behavior, he was trying to break the Mongolian Kara-Hitay yoke, to which he was bound by annual taxation, in the east. Evaluating the rebellion of Karluks in Transoxiana accurately in this respect, he increased his pressure on Samarkand. But he died during the attacks of the Black Khitai to Khwarezm. His son and the greatest ruler of the Khwarazmshahs state, Alaaddin Tekiş (1172-1200), defeated the Kara-Hitays (1175). By establishing relations with Beyond Seyhun, he took Kangli and Kipchak Turks into his subjects. He entered Transoxiana in 1182 and captured Bukhara. In 1187, he occupied most of Khorasan, captured Mazandaran and finally Seljuk Sultan III. He defeated Tugrul and annexed all of Iraq to his empire (1194). He placed his own governors in centers like Rey and Hamadan. He had a strong army made up of Kangli-Kipchak Turks and his empire stretched from the plains of the northern Aral to near Baghdad.

His son Alaaddin Muhammad (1200-1220) further developed the conquest: he defeated the Ghur people in 1201, he subjugated the Gur country (1207), he finally eliminated the Kara-Hitays, which he had devastated with the victory of Ilâm (1210) . He put an end to the Karakhanids and annexed Transoxiana. Then he brought the Gurlu state to an end. He annexed Kirman, Sicistan (Sistan) and the regions up to the Sea of ​​Oman to his empire (1212-1215), and became the ruler of the largest Islamic-Turkish state. Sultan Mohammed Khwarazmshah, who also took Taberistan, Erran and Azerbaijan under his influence, was feeding the desire to conquer Damascus, Egypt and Anatolia. However, he was at odds with the Abbasid Caliph an-Nasir li-dinillah, and he could not get on well with his mother, Terken Hatun, who was an ambitious woman against power.

Under these conditions, the Mongolian invasion under the rule of Genghis Khan hit the Khorezmshahs Empire (early 1220). After Samarkand, Bukhara, the imperial capital Gürgenç, passed into the hands of the Mongols. Not daring to fight the invaders, Sultan Mohammed died on a deserted island in the Caspian Sea, from which he fled (December 1220). The empire collapsed in the face of the Mongol invasion influx. The whole country, from Iraq to the Caucasus, fell into the hands of the Mongols. Celaleddin, the son of Sultan Muhammad, tried to revive his state with great efforts in India, Iran and Eastern Anatolia by retreating from the Mongols, he was not successful and died in 1231. With the disappearance of the Khwarezmshah Empire, all Central Asian, Near-Eastern and Northern Turkish countries lost their independence and came under Mongol domination.

Note: This text has been translated by Google from https://www.kulturportali.gov.tr/portal/harezmsahlar-devleti--1097-1231-